This game is a hack of Contra which completely alters the level layouts, making the game much harder than the original. The bosses have also been altered. Some of the bridges in the Jungle level don’t blow up and it’s difficult to tell where you can jump out of the water because of the new layout, with certain areas where the player jumps down to a different part of the water when they’re already in it. The Base levels now take up the whole screen in size and the targets have been changed, although strangely the enemies still spawn in the same spots that they did in the original. Some targets are also invisible here for unknown reasons. The gun targets here also fire more often than they did originally. The player is now given 5 lives instead of 3 and whenever they lose a life, they keep the gun that they had when they died. The audiovisuals are the same, apart from the title screen which doesn’t have the Contra logo or Konami copyright. The Base levels also look considerably different, despite using the same tiles. Many have criticised this hack for being almost unplayable due to the changed layouts. Prepare for a not so normal Contra experience as it will be very difficult! 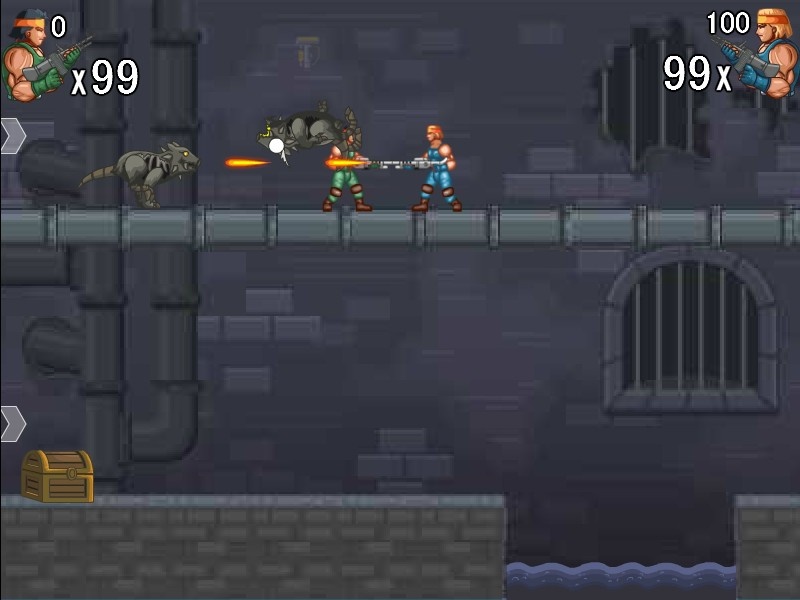