WiFi is the abbreviation for Wireless Fidelity, and it becomes increasingly popular in the modern-day. The reason behind the rising and sudden popularity of the WiFi makes the internet usage quite inexpensive with making the setup quite easier. Majority of the electronic devices such as Laptops, PCs, Tablets, and smartphones could be easily connected to the WiFi. Devices with the built-in wireless network also make it unique and easier to use the internet efficiently.

‎WiFi on your iPhone or laptop, anywhere, anytime. Makayama has teamed up with Hotspotr.com and Free-hotspot.com to provide you with data around the world. In the US and Europe, there's a hotspot on almost every streetcorner. This app helps you find them quickly, using the built-in GPS of the iPhone.

Enjoying free internet connectivity is the dream for everyone. Nowadays, we could not do anything without an internet connection. However, the possibility of losing the internet connection is too high, and many people face this problem. WiFi could be beneficial. Yet, it has password restriction so it cannot be used anywhere. To use the wireless connection at the hot spot and retrieve the password, you can follow the steps below to hack WiFi passwords using your iOS device without Jailbreak. But we will give you an idea about jailbreaking device so that you can understand whether you hold a jailbroken devices or not.

What is the iPhone (iOS) Jailbreaking?

iPhone iOS Jailbreaking is considered as a complicated process that removes the software restriction that is imposed by the Apple’s Operating System iOS developers on the device that includes iPhone, iPod touch, iOS, and iPad device. Usually, the iPhone Jailbreaking is like “Android Rooting” that would unlock more permission or extra feature to the software.

Jailbreak is hacking the device to improve the speed and unlock many numbers of options in the software. However, it could be a risky option as it could also damage your phone software. To hack the WiFi passwords your iOS device, you could easily opt for the below techniques that would bring you a prominent solution.

Must Read: How To Jailbreak iOS 10-10.3.3 using Meridian Jailbreak IPA.

When you are looking for the best option to crack on the WiFi password easily, and then there are many numbers of hacking software are readily available to your need.

Instabridge is not actually a hacking application. However, this application itself comes with an inbuilt hacking mechanism that enables you to connect any free WiFi or hot spot nearby. Holding a database of over 3 billion WiFi networks, Instabridge will make sure that you are always connected even if your data pack has expired. The application works on all iOS devices that are running on iOS 9.0 or later.

The WPA Tester is one of the fantastic App that you can download from the Apple Apps Store. Using the WPA Tester on iPhone, you can get the WiFi password instantly without any hassle. WPA Tester is a password hacking software used to attain the wireless network where the hot spot is available. Normally, the procedure for cracking the WiFi password in App is entirely user-friendly Individuals with little to no knowledge of the hacking could get benefit from using this software.

iWep Pro is one of the high advance applications to use and much more popular for hacking the WiFi for iPhone users. The iWep Pro has an excellent user interface that is much more simple to be understood by the users. In fact, no need to know any programming or technical skills required to crack the WiFi passwords. The iWep Pro application could efficiently crack the WiFi password on the iOS device without any jailbreak needed.

If you own a jailbroken iPhone, then Aircrack is an extremely handy application to hack a WiFi password. You can easily download and install the application from Cydia. However, please note that you can hack only WEP keys through this application. But, if a WiFi connection is sporting a weak WPA password, then this application can be used to fetch that as well.

WLAN audit App is also used to hack the WiFi passwords. Using this application, you can also conveniently crack WPA and WPA2 passwords in the routers having the default password. Using this application on the iOS device with the jailbreak is the extension option so that you can conveniently scan the networks to crack and click on the network for acquiring the password.

This WiFi hacking application for the iPhone users would also easily help to retrieve or crack the WiFi password.

The dlssid is the iPhone hacker App used for the Dlink routers that are used across the world. There is some ISPs are available worldwide to re-brand the Dlink routers with your company name/logo. In fact, the possibility to find the router nearby and helpful to easily hack and display the Dlink the network name.

Speed Touch is one of the massive iPhone App to easily hack the WiFi password on the iPhone, iPad or iPod touch that would work on the WiFi routers worldwide. iSpeed Touched is a top-end iPhone App that is used for accessing the WiFi router password much more easier. After getting this application, you need to download the rainbow file which comes with all default passwords. after downloading this file press the scan button which comes with the network search result and you can easily hack the password of any network.

There aren’t many good file explorers for iOS devices as you know. But here’s the best file manager, Read More: Download iFile IPA on iOS(iPhone/iPad) Without Jailbreak.

Tips or Preventive Steps to Stop Hacking WiFi on your iPhone

Make sure whenever a new iOS version is released, you update your device as early as possible. Every iOS version is more secure than its predecessor and has got several bugs quashed.

Don’t keep your WiFi turned ON when you are moving out of your home. This is because your iPhone will keep on searching for networks and connect to public networks automatically, which is a major security issue. If you usually forget to turn off WiFi you can activate the option of ‘Ask to join networks’ on your iPhone to prevent any kind of unsolicited automatic connections.

To hack WiFi passwords using your iOS device without Jailbreak on iPhone/iPad, start downloading the top software to get unlimited access without spending any money to recover the password. Utilize the Secure WPA Password to create the random long password to protect your wireless network.

Is there anyway to hack wps networks?
all of those software , using bruteforce or WEP cracking. I think they won’t work on WPS
so is there any app like androdummper or something and is it working on iOS 12 or 13

Welcome to iJailbreak’s Downloads Section. Here you will find download links to popular jailbreaking software tools such as TaiG, PPJailbreak, Evasi0n, Pangu, Absinthe, JailbreakMe.com, RedSn0w, Sn0wBreeze, GreenPois0n and many more! We will also be including download links to important utilities like Chronic-Dev Crash Reporter, iFaith, TinyUmbrella and F0recast.

Note: we will be posting updates as new jailbreaking and other handy tools are released. If you see a broken link please let us know by contacting us.

Semi-Restore is a tool that was developed by CoolStar that allows you to re-restore an iPhone, iPod Touch, iPad back to the current iOS firmware version it is currently running without the need to have saved SHSH Blobs or APTickets. It supports all firmware versions from iOS 5.0 to 6.1.2 and is available for Windows, Mac OS X and soon Linux.

Absinthe is a new jailbreaking software that was released by the Dream Team to jailbreak the iPhone 4S and iPad 2 Untethered running the iOS 5.0/iOS 5.0.1 firmware.

PwnageTool is a MAC OS X only jailbreaking tool that jailbreaks your iOS device by creating a custom IPSW (Apple’s Firmware File); once this IPSW is created you must restore it to your iDevice through iTunes.

Sn0wBreeze is actually the Windows alternative to the PwnageTool. It functions and operates the exact same way as the PwnageTool – Sn0wBreeze jailbreaks your iOS device by creating a custom IPSW (Apple’s Firmware File); once this IPSW is created you must restore it to your iDevice through iTunes. 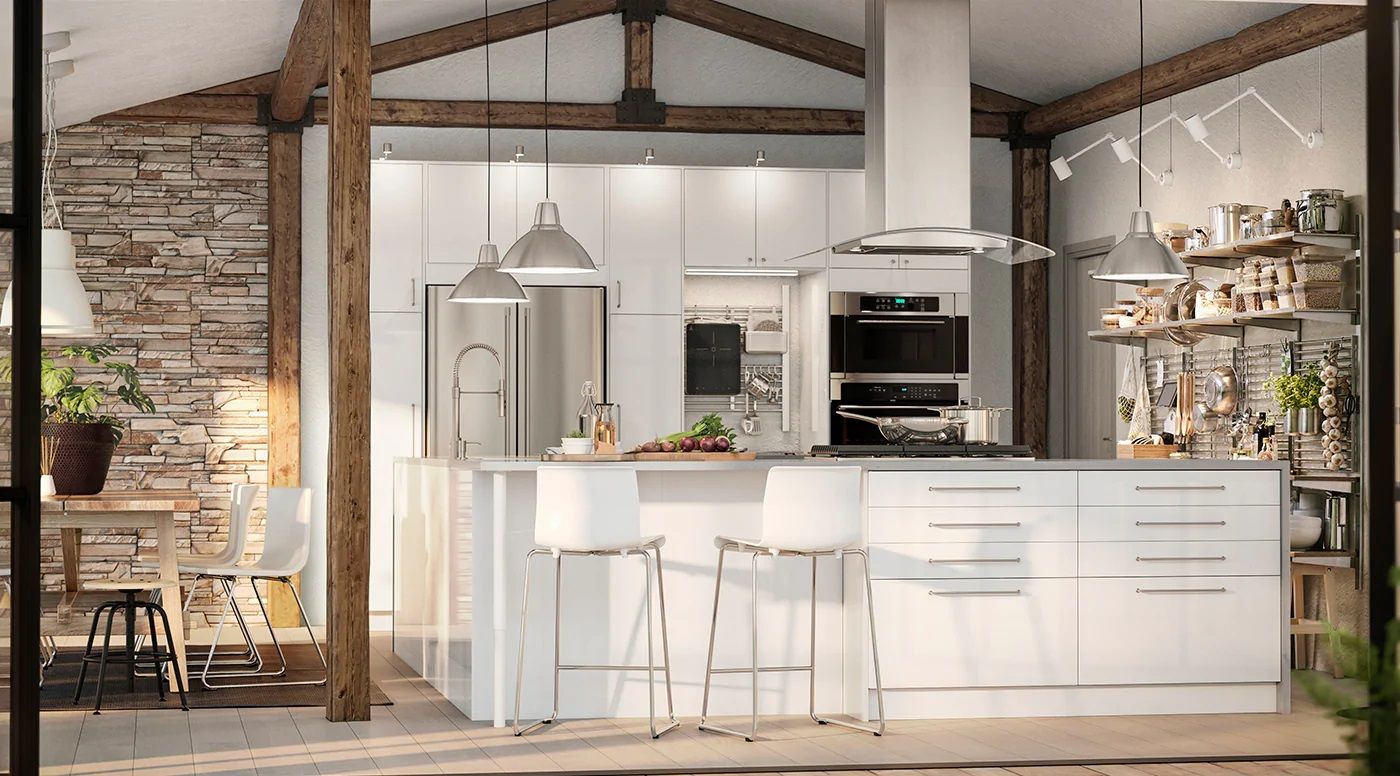 JailbreakMe is a userland jailbreak. Meaning that all you need to do to jailbreak your iDevice is visit JailbreakMe.com and just like that your iDevice will be Jailbroken. This jailbreak works on all iDevices running up to the iOS 4.3.3 firmware.

TinyUmbrella is an SHSH saving tool that allows you to downgrade your iDevice’s firmware version to a lower version than you are currently running. This can often times be helpful in case you accidentally update to a firmware version that cannot be jailbroken; as by default Apple does not allow downgrading.

Chronic Dev have just released a new tool called the Chronic-Dev Crash Reporter that a will send crash reports to Chronic Dev’s private servers. This will help Chronic Dev develop an untethered iOS 5.0 Jailbreak the the iPhone 4S, iPad 2 and other iOS devices.

F0recast is a handy tool that will tell you information about your iDevice. For example: whether or not it can be jailbroken/unlocked.

ipswDownloader allows you to easily download firmware files for your iDevice from an easy to use GUI (graphical user interface). Additionally the tool tells you whether or not the firmware you are downloading can be jailbroken or Unlocked.