The next generation IP Stresser. StressThem is one of the most powerful, stable and reliable IP Stresser on the booter market. Our IP Stresser is always online At any day or time, we will always be providing you with a working service. Give our free stress testing service a try with strong instant hitting attacks, create an account today.

Every 39 seconds there is a cyber attack affecting one out of three Americans. All organizations need to take proactive measures and think like the attackers that are infiltrating their networks.

Despite the fact that businesses around the world are deploying new cybersecurity tools to fend off these persistent attackers, cybercriminals are working around the clock to find new ways to get around them and compromise software and hardware.

Physical access requirements are a thing of the past. A somewhat recent example includes UEFI/BIOS implants, which were weaponized by nation-states and installed remotely by exploiting vulnerabilities in the underlying UEFI system. It’s a form of cyber-espionage where attackers thrive off of access, stealth, and persistence to manipulate low-level software embedded in the hardware to gain control over the system. Once hackers gain control, they sit and wait for the most opportune moment to create the most extensive destruction possible.

Specifically, hackers wait until they have the opportunity to infiltrate every facet of the system, without detection, in order to access as much valuable data as possible. Once they are in, they make it extremely difficult for the security team to track them, let alone remove them altogether.

Attackers have and always will go for the low-hanging fruit, the easiest point of access, whether it be on a weapons system, laptop, or automobile. In the past, they have primarily targeted the software running at the application layer such as email, web browsers, and development tools. One layer deeper, attacks take place on the operating systems, such as Windows, Linux, macOS, and iOS. Hackers are well aware that operating systems are often vulnerable to bugs, which makes infiltrating these systems even easier.

Developers have gotten more security savvy in the last five to 10 years and as a result, so have their cybersecurity tools. As additional layers of protection have been added to the operating system, these once-considered “easy” attacks are now more difficult for cybercriminals. Once one method becomes harder, attackers then look for otherー easier ー ways to disrupt operations.

They bypass software and target hardware through the supply chain, insider threats, system updates, firmware updates and hardware errors. For example, Spectre and Meltdown are a trio of flaws that arose from features that are part of nearly every modern computer CPU and some CPUs as far back as 20 years. The consequences are very real.

Hackers can get access to memory, including passwords, encryption keys, or other sensitive information, by leveraging hardware design flaws to leak data between applications. Even mechanisms that are designed to prevent these vulnerabilities, such as allowing firmware updates for the CPU, can be used as “back doors” that allow attacks against hardware. Organizations need to take proactive measures, like adopting a Zero Trust framework, to reduce the risk of a successful attack.

The strategy behind a Zero Trust cybersecurity approach is to trust no one and nothing and verify everybody and everything.

Hardware has always been inherently trusted, meaning that the hardware design doesn’t always include security features itself, but instead relies on higher level software to provide protections. Unfortunately, if an organization falls victim to a hardware attack, there isn’t much that can be done. Hardware hacks are often very difficult to detect as the payloads often sit quietly and wait for the best opportunity to spring into action. Organizations often don’t know they have been hit until the hacker pivots from hardware to the OS and applications and the damage is already done.

A Zero Trust strategy gives organizations the ability to take action against this risk.

Hardware hacks: Plan A, when there isn’t a Plan B

Because hardware hacks are so difficult to detect and mitigate it is important for organizations to do everything possible to thwart them.

The first priority is ensuring hardware verification is a top priority. Because hackers are able to mimic an admin once they have access, having a Zero Trust framework in place is a necessity. A Zero Trust approach leverages hardware root-of-trust solutions that enforce advanced security technologies in commercial systems in a way that prevents them from being disabled or bypassed, even by insiders or attackers that have administrator privilege on the system.

Software updates are an important part of a strong security posture, and this goes for hardware/firmware updates as well. Critical security patches should be applied as soon as possible to address evolving threats. Even in this process, back doors are created for firmware to act which increases the attack surface. Every update should be verified as authentic from a trusted provider, preferably by some cryptographic methods like signed packages. Organizations must also have a secondary process to independently verify the updates before they’re applied.

No area of the security perimeter goes unnoticed by hackers, so organizations must ensure all equipment is protected. This means verifying that peripheral and support hardware – not just the obvious major targets – are protected from these attacks as well. Hackers get more sophisticated by the day. 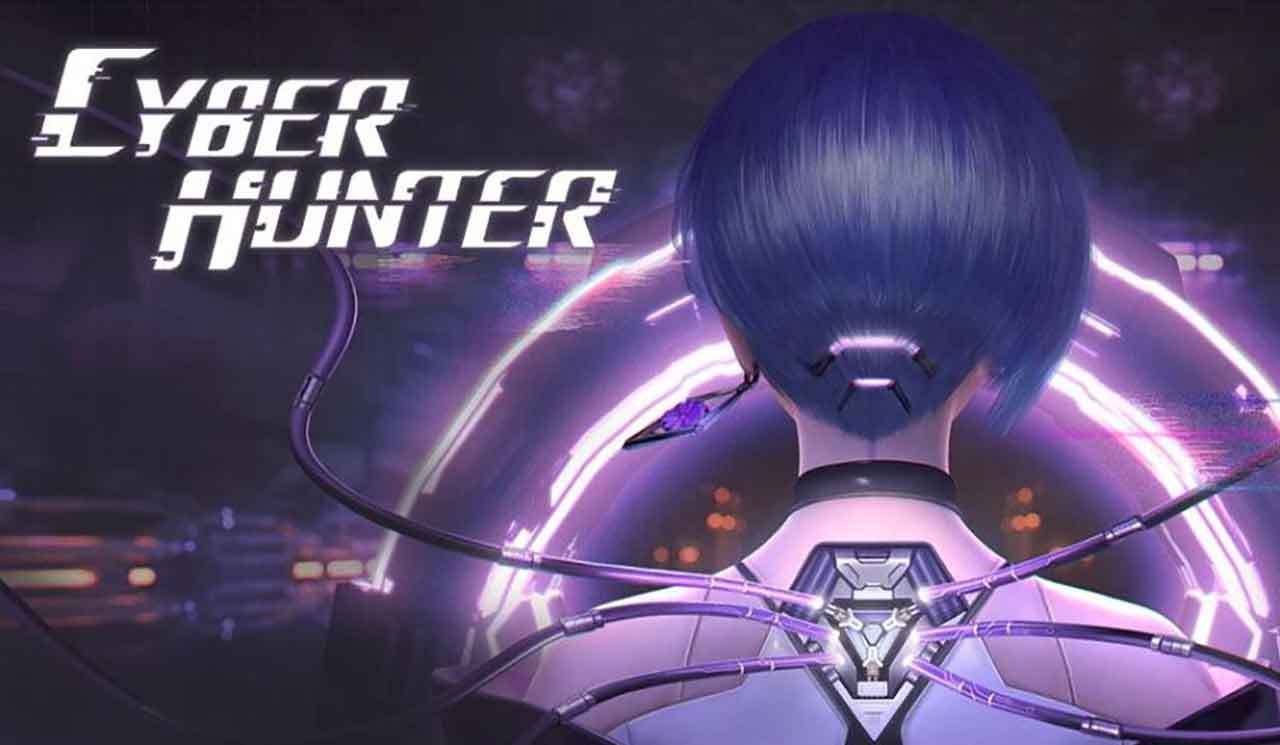 The best crisis plan is one you never have to use, but it is critical that every organization has one in place. This is especially true with hardware hacking when a reactive approach is not an option. Knowing this will be our reality, we need plans, processes and tools in place to detect, protect and mitigate attacks.

Take a glance at the most discussed cybersecurity topics of the week.

Hacking the US voting systems is a child’s play

Modern children have a variety of hobbies nowadays starting from video games, fencing… to hacking. “I’m going to try and change the votes for Donald Trump,” says Bianca Lewis, 11. The girl still likes Barbie, singing, and other things that normally interest children of her age. However, now, she is participating in a competition organized by R00tz Asylum, a non-profit organization promoting “hacking for good”. As part of the contest, Bianca is hacking a replica of Donald Trump’s website: “I’m going to try to give him less votes. Maybe even delete him off of the whole thing.”

One of the organization’s aim is to state a warning: the voting systems that will be used across America in November are insecure so that a child may learn to attack them.

The competition was organized in terms of the kids’ zone at Def Con, the annual hacking conference in Las Vegas. Over 300 eager children took place in it this year and tried everything from lock picking to soldering.

“We should have it way [more] secure,” commented young Bianca Lewis. “Russians are out there, people.”

Hackers can infiltrate your network by sending a Fax

If you think that all actions of an attacker are built around the targeted computer system itself, you may be a little wrong. You may be surprised, but a fax number is enough for an attacker to get control over a victim’s printer and this way compromise the rest of the network connected to it.

Check Point researchers discovered two critical remote code execution (RCE) vulnerabilities in the communication protocols used in tens of millions of fax machines all over the world. If you still think that fax machines are a survival of times past, you are mistaken for the second time. More than 300 million fax numbers and 45 million fax machines are popular globally and Fax is still widely used by a number of business organizations, regulators, lawyers, bankers, and real estate firms. The only difference that nowadays puts at risk fax machined is that most of them are integrated into all-in-one printers that have WiFi-connection to a network and PSTN phone line, which makes it quite easy for a remote attacker to send a specially-crafted image file via fax to exploit the discovered vulnerabilities. In this case, the only thing that an attacker needs is a fax number, which can be found simply by, for example, browsing a corporate website.

Check Point researchers shared their findings with Hewlett Packard, which quickly fixed the flaws in its printers. The patch is also available on HP’s support page. The researchers also noted that while the disclosed loopholes are no more dangerous for the manufacturer, the same vulnerabilities may also affect most fax-based all-in-one printers.

As the time passes, extortion, being ones of the oldest crime types, also changes. In a recent public service announcement, the FBI warned stated that users had to be on the lookout for threats that use stolen information to tailor extortion demands. In fact, extortionists’ jobs are much easier in practice than they seem: stolen email addresses, names, and other personally identifiable information (PII) help perform manipulations easier. In this case, criminals send a victim an email with personal data and threaten with exposure to pornography sites, marital infidelity, or other potentially embarrassing behavior unless a ransom is paid.

In 2018, the fee is usually paid in Bitcoin within a 48-hour window. The FBI does not recommend to do this leaning toward declining to pay the requested sum and notifying the local law enforcement and the IC3 (Internet Crime Complaint Center) about the incident.

How to recognize social engineering tricks and “phishy” behavior?

Attackers can persuade employees to send data and aid in corporate hacking. Each attack is designed for a specific person depending on personality, upbringing, and other factors. For that, perpetrators conduct in-depth analysis to get to know victims. This includes personal information, online activity, their communications, responses to different news, linguistic styles, and their motivations.

How to stay safe? Limit the amount of available information online and conduct reverse image searches on new contact requests.

We lie all the time. Everyone lies to each other, all day, every day. The challenge for businesses is determining where the malicious intent is.